Call it a new way of uncorking a bottle of champagne, but sabrage or champagne sabering has been used as a fancy way or art a long time ago. It is said that sabrage was used by the Hussars, Napoleon’s Bonaparte’s cavalrymen. During wins and defeats in the battle, these men prefer to celebrate or mourn drinking champagnes. However, no one would even bother to bring a champagne cork so, they improvised. Their weapon of choice? Their curved swords or also known by many as a saber.

Take Note: It may look difficult to master, but all it takes is a bit of practice and you are on your way to becoming a sabrage expert. However, when practicing, it is highly recommended not to use an ordinary knife or kitchen knife. Remember, these are meant or designed for cutting meat and not cutting glass. Moreover, as mentioned, the blade of champagne sabers or champagne swords are blunt since the art does not require a sharp blade perfecting the execution. 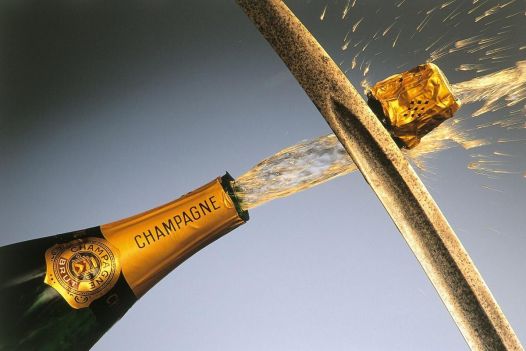 The science behind sabering is not as complicated as it seems. As you may already know, champagne is so bubble for one reason and that is because of the fact that such wine is fermented with sugars that forms carbon dioxide gas.

It must be performed at a suitable temperature. It must be served cold, but not too cold otherwise, you’ll jeopardize the science behind the art. Having it chilled in a bucket full of ice and leave it for about 15 minutes or so will do. You can put the bottle upside down so the neck will be properly chilled. 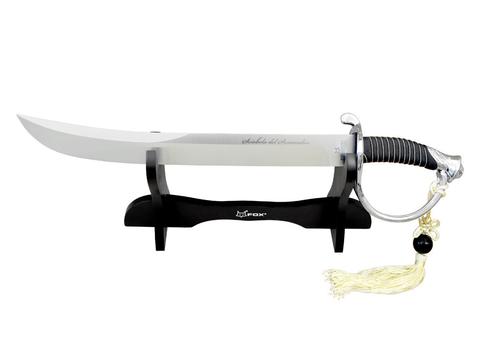 Finding the weakest spot of the bottle is one of the main ingredients of perfecting the art. It is not hard to find the spot though. As you look closer to the bottle, you can see a visible line which separates the bottle from one another. This is where you slid the blade from the neck up to the lip.

But, before doing so, make sure that you removed the foil and the cork wire. Also, ensure to point the bottle somewhere safe. Hold the bottle from 40 or 45 degrees. Oh, by the way, you should also make sure to wipe the bottle with a table napkin. In some cases, the bottle slips that made epic fail.

Perfecting this new art of uncorking, or should I say, an old way of uncorking requires practice, the right knowledge behind the actual science and the right tool using a champagne sword or champagne saber. Practice would not make the art perfect since no one is perfect, but practice can make you better.